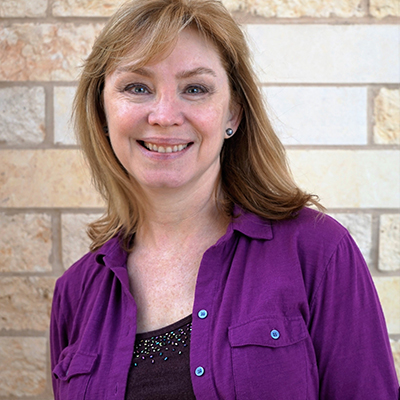 When our son Matt was two years old, he wasn’t speaking in complete sentences. In fact, he hardly spoke at all. When he finally started putting more words together, he would get them mixed up. He’d say things like “I hurt my foot nail!” instead of toenail or “Look at the mans working” instead of men.

Signs Something Was Off

We could tell by listening to the way his friends spoke that Matt was having trouble. Something wasn’t right. It wasn’t until pre-k that we learned he has Expressive-Receptive Language Disorder and processing delays.

With this diagnosis, we knew Matt needed a little extra help in early elementary. Thankfully the teachers at his school really “got” him. But as Matt grew older, and the curriculum became more challenging, the gap widened even further between him and his peers. Our family moved to a new neighborhood, and Matt’s next school was not as cooperative or willing to work with kids who needed extra help.

We were desperately trying to get Matt the help he needed and were at our wit’s end. Because Matt always tested just above the scale for special education, he fell through the cracks. As a result, he struggled in a regular classroom. As time went on, things got worse. Classes got bigger. Assignments became more difficult. Teachers didn’t know he was struggling because he was not acting out and didn’t have behavior problems. He was a people pleaser and well-behaved kid and never wanted to make waves or ask for help.

Year after year, our parent conferences went the same way. Teachers would promise to keep an eye on him, but the results weren’t there. Finally, when Matt hit fifth grade, his assistant principal saw what we saw: Matt was sinking. She had him evaluated with the school’s new speech therapist. He tested poorly enough in one component to be put into the dyslexia program. The only problem was that Matt is not dyslexic. This was the only way to get him the accommodations he desperately needed, so we took what we could get.

Expressive-Receptive Language Disorder and processing delays are a dangerous mix for public school. Teachers think your kid is daydreaming, but he’s actually trying to figure out what was said 30 seconds ago.

When middle school came, we hit a wall. Matt had to juggle eight teachers, fast-paced classes and more homework. He would come home, torture himself through the homework until he finally felt like he understood the concepts, then go back to school the next day just to continue to sink. He was losing ground and was so overwhelmed.

We couldn’t get the help we needed in Matt’s middle school, nor could my husband or I get the answers we needed from the school. So we tried to learn on our own. My husband attended conferences for neurolinguistics programming and Skyped with an educational specialist in England. I volunteered at the middle school any chance I could just to get face time with Matt's teachers. We were frustrated because Matt’s school counselor felt a parent conference with all of his teachers wasn’t necessary.

Matt would go to school eight hours a day and then have to come home to hours of homework and strategy sessions with us. Working with tutors seemed great until he returned to the large classroom environment and fell behind all over again. It was exhausting.

Even though we toured other schools, TJS was the only place that understood the value of having the kids for a finite period of time. “Get ‘em in, fix what you can, get ‘em out”. It was about mainstreaming students back to regular schools.

After one year at TJS, I can say Matt has gotten so much more from The Joy School than just academics. He finally has friends. Kids at Matt’s other schools were quick to befriend him, but after a while, when they realized he communicated differently or didn’t have the same interests as them, they stopped calling. He was always the odd man out. This year is the first time he’s had peers who “get” him and accept him for who he is. 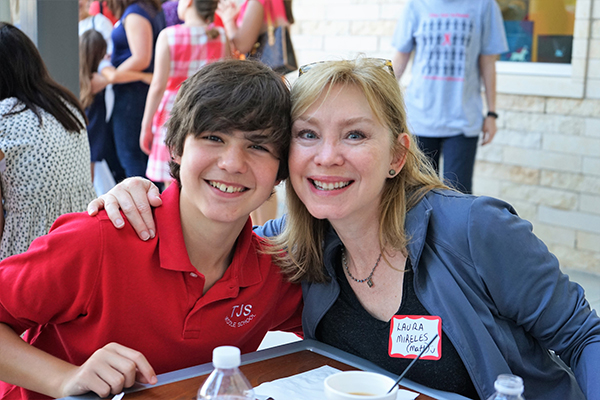 The students at TJS definitely understand what it’s like to struggle. They don’t know what it’s like not to struggle. I think this is a common bond with the kids, whether they realize it or not. The kind, reinforcing message you get from students, teachers and administrators at The Joy School is “Hey, I learn differently, and it’s okay.”

The teachers at TJS understand Matt. It’s why they teach there.

Matt’s making good grades, and he’s learning! After starting at TJS last August, he’d walk into the house almost every other day and say, “You know what? I am smart.” It was a revelation for him. We said, “Of course you are!” but he never thought he was. As a mom who’d been watching her child struggle for so long, hearing him say this was such a huge relief.

Looking back, my biggest frustration before TJS was the fact that I knew Matt was capable of learning the curriculum if only the environment had been different. At his old school, I felt like I was beating on a glass wall trying to tell the teachers what was happening, and they couldn’t hear me. Since switching schools, Matt has made more progress than I ever thought imaginable. Some of the work he’s brought home from TJS is the same curriculum my older son learned in his public school Pre-AP classes. There is no dumbing it down.

At TJS the teachers hear me. The administrators hear me. And, most importantly, they hear Matt.

Getting Our Son Back

Today, he is so much more confident and self-reliant. This time last year we had to sit next to him until he completed his homework because he froze up. Now Matt comes home and gets it done. The classroom expectations are very clear for him. He doesn’t ask for help unless it’s a bigger project. He just comes home and knows what he needs to do. We feel like we have our son back. We feel like we have our family back.

The groundwork that is being laid at The Joy School is a foundation Matt could never get anywhere else. He will be prepared to advocate for himself in high school. He will be more cognizant of situations in which he needs to do something different in order to get the work done.

School Shouldn’t Be Such a Struggle

To parents who are considering The Joy School for their child, I think you’d be surprised. TJS teaches more than just academics. The kids get so much more here than they realize. It’s not just about the classroom.

Read about The Joy School’s reflective journey through our current reaccreditation process for the Independent Schools Association of the Southwest.

In this blog post, we highlight our 6th graders recent work, the skills they learned along the way, and how TJS teachers include social and executive functioning components into their academic curriculum!

In this blog post, a former parent shares her TJS experience and her son becoming a “happier, more balanced child!”

Read More about Why Joy - A Parent's Perspective

Find out whether The Joy School is right for your child at one of our parent tours.